Apart from being recognized as the world’s greatest and most popular sport, football has the reputation of being dramatic as f*ck. Players will literally throw themselves onto the pitch in hopes of drawing a foul in their favor. To make matters more believable, players roll and sometimes even cry...how pathetic.

Based on some of the most noteworthy appearances, you'd think that these players are actors trying to score an Academy Awards nomination due to the dedication they have for drama. For the best acting appearances on the pitch, here are our Oscar Nominees for the Best Fake Foul in Football Category:

2. What is going on or in other words, WTF? Only seconds after nearly sharing an intimate moment that nearly turned into a kiss, #27 decides to risk it all to earn an Oscar nomination. The action goes from 0-100 real quick as #27 goes on with the skit and actually gets away with it. To make matters worst, despite being the one at fault, the opposite team was awarded the red card instead. Sometimes you have to act a fool and take one for the team.

Not only does the World Cup bring on a different level of competition, it also creates the most ultimate motion picture movies. Here's two short films that exhibit the acting talent football players hold. 2. The international superstar that took the world on hold, Mbappé, quickly mastered the injured act during his first huge debut on the national French team. One minute he is fine but the next he is doing a backflip, even the Uruguayans seemed distraught with his performance.

And the Academy Award Goes To:

That's right, Neymar. If there’s a player who would win every Oscar nomination out there, it’s Neymar. Have you seen him dive? His flops? Unbelievable. According to Vox, 60% of his total dives tend to be during tied games (we see what you’re doing). He looks completely ridiculous but if it works, it works. Nice try Neymar. But maybe next time someone please give him a baby walker. 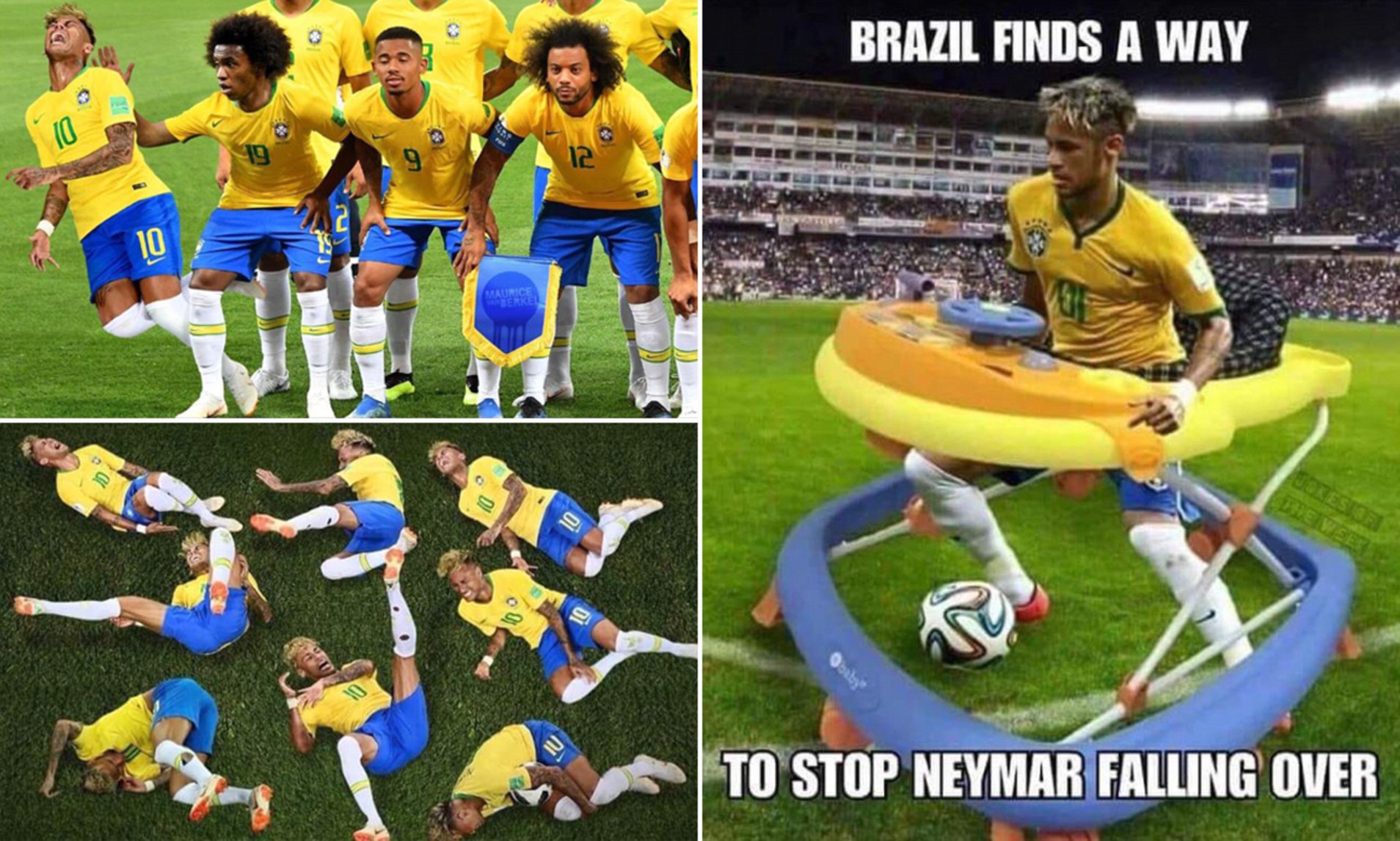 At this point, it is fact that anyone can fall during a match and get rewarded. We don't recommend pulling a stunt to get a foul and score a goal. As a football player, you should rely on your skill but if you must and you have the skills for acting, go for it. Fall, roll, and add a few tears if you really want to impress. Maybe it'll work in your favor or people will absolutely make fun of you for it. The choice is yours.