How to Use Your Athletic Traits Outside the Pitch

Growing up, you may have dreamt of becoming a professional athlete. Maybe you still do or maybe you have let go of that dream for good. Or maybe you are somewhere in the middle, determined to advance your athletic career while keeping your options open. In all cases, you may be afraid of what life may be like without the sport you are pursuing being the center of it. What if we said that most of what you learn on the pitch and field could be translated into any job field?

On episode 58 of The Way of WIll John, former athlete and entrepreneur, Bryan Casella, explains how a competitive and ruthless mindset can be turned into an asset outside the sports field. 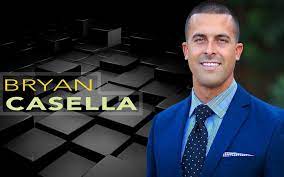 “I think an athlete is more than equipped to be an entrepreneur, running their business, because they literally have done that already – just in a different way.”


People often say things like “I want to change my life. I want to do something cool.” If you could set them up for something like this, what would you suggest to them?

Bryan Casella: Something that I feel is underappreciated and misunderstood by people, but most importantly, underutilized is competitiveness. It's been, I think, painted in this negative picture, but it's really not right. Competitiveness doesn't mean they're trying to slit your throat and you know, get the edge on you in the wrong way, it's more like hey, man, let's go heads up. We'll still be friends after but let's see who wins, let's go for first place right?  And I feel like as an athlete, especially that's read into you, especially if you take sports seriously. Most people listening are probably people who aspire to take it to the next level. That is something that you cultivate within you that I believe when you translate to entrepreneurship, or that I believe when you translate to entrepreneurship, or the business world is one of those X Factor skills that a lot of people don't have and have not cultivated.

How can an athlete mindset help individuals achieve the next goal?

Bryan Casella: When you look at real estate for example…I asked the veterans if sales can be learned by anybody and they said absolutely. It's a skill set that you can build just like you've built up your basketball skills, your fundamentals, there's it's the same thing, but it's mental versus physical.  All I did was translate it to the sales skills and communication skills that I cultivated early on to get to where it is. All you really do is take that same attitude and commitment and literal schedule that you did in athletics and you just copy it over. So instead of being on the hardwood, now you're in the office, and it's the same thing. The Power of the Word: Learn how to create your own reality

Maybe you got rejected or didn’t get the promotion you were looking forward to so... How to Use Your Athletic Traits Outside the Pitch

Growing up, you may have dreamt of becoming a professional athlete. Maybe you still do... How to become Mentally Powerful

A pandemic, climate change, and politics. In other words, never ending chaos. Everything around us... Top 5 Supplements Every Athlete Must Try

Living a healthy lifestyle is a combination of the right foods, regular activity, and... We all know the feeling: Sweaty palms, weird feeling in the stomach, thoughts racing and... The weather is increasing, the sun is shining, and vacation mode is about to get... Want to be Remembered? Do this.

Maybe you want to impress someone you like or you're trying to create a good... All your friends are going to the gym religiously and what are you doing?... How to Calm the F*ck Down

We all know the feeling. Everything is going wrong, deadlines are approaching and you’re nowhere... How to motivate yourself to be better?

We all know that we should get out there and exercise and do everything else... WAKE THE F-UP AND PUT YOUR MIND TO WORK.

If you want to get strong on the field, What would you do? Practice,...

COULD YOU GET FASTER & STRONGER BY EATING THESE 5 PLANTS?

THE 5 STEP PROGRAM TO INCREASE YOUR SPEED ft.The Kneesovertoesguy -

HOW TO THINK LIKE MESSI & RONALDO | SPORTS PSYCHOLOGIST EXPLAINS

HOW TO THINK LIKE MESSI & RONALDO - SPORTS PSYCHOLOGIST EXPLAINS THEIR METHOD

THESE 5 BREATHING TRICKS WILL CHANGE YOUR GAME & YOUR LIFE - ft. James Nestor